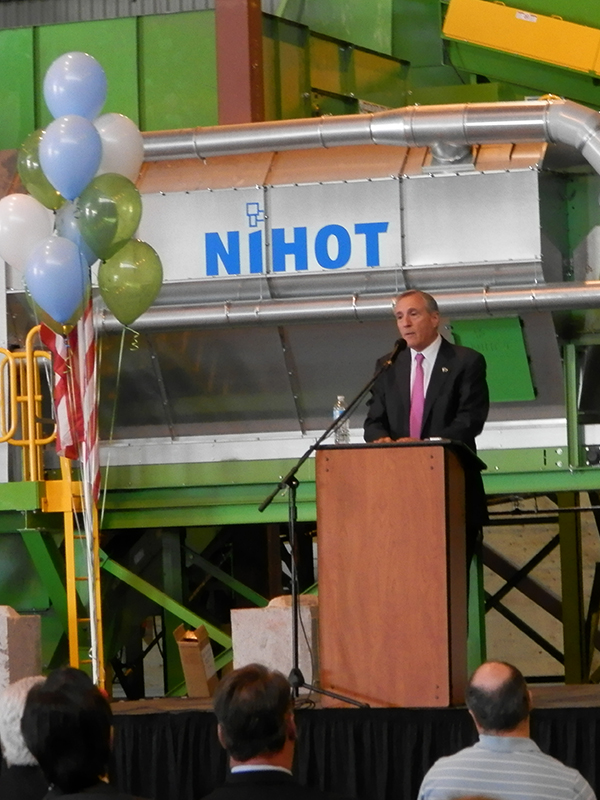 The state-of-the-art MRF system was designed, manufactured and installed by Eugene, Oregon-based Bulk Handling Systems (BHS) and is capable of processing more than 90,000 tons of recyclables annually – the equivalent of nearly 10 Space Needle structures.

“We are very proud to introduce this state-of-the-art facility to expand recycling capacity in the Pacific Northwest,” said Recology CleanScapes General Manager Dan Bridges. “This facility will play an important role in helping the region meet its environmental goals.”

The MRF, located in the industrial district of South Seattle, will employ the recycling industry’s most advanced technologies, including screen, air and optical solutions from BHS. This modern recovery system will enable Recology CleanScapes to recover high quality recyclable materials that will be re-introduced to the market.

Recology CleanScapes currently provides solid waste and recycling collection service for the cities of Seattle, Shoreline, Des Moines, Issaquah and Carnation. Service for Burien, SeaTac and Maple Valley will begin later in 2014. Recology CleanScapes is a subsidiary of Recology, an employee-owned company that sees a world without waste, where resources are used and re-used in a sustainable ecosystem that strives for their best and highest use.